Mortgage Rates 101: Answers to your Questions 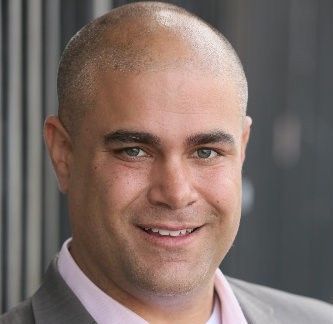 If you’re in the market to buy a house, you’ve probably noticed that mortgage rates have risen rapidly since the beginning of the year. The rate on a 30-year fixed mortgage surged from an average of 3.25% in January to 6.25% in mid-June.

To understand what’s driving the increases and get a sense of what’s on tap for the future, we talked with Unlock Insider Paul Fanning. Paul serves as Unlock’s Director of Business Development and has deep expertise on home financing. Before joining Unlock Technologies, Paul spent more than two decades in the mortgage industry, working for such giants as Fannie Mae and ING Direct.

Q. You’ve seen mortgage rates rise and fall dramatically during your career. What is causing the current spike?

Q. What does this mean for housing prices?

A. I don’t think it will cause a crash. There won’t be a glut of unsold homes. But we are not going to see 18% to 20% increases in value anymore. Values will plateau and some markets will dip a bit.

Q. Does that mean demand will drop?

A. Not necessarily. Rents are going to keep going up - it’s not like landlords are going to take pity on people, so renters will still want to move into their own property. There are some people who might see real estate as a better investment than the stock market. And we don’t have problems with external buyers leaving the market because their economies are taking a bigger hit (leaving them with fewer options). There will still be buyers.

Q. How will rising mortgage rates impact homeowners who want to refinance or take out a home equity loan?

A. They will be in for the same grind. It’s going to get harder to find good rates. Fixed home equity loans are probably in the double digits now. Most home equity lines of credit and loans are tied to the prime rate, which moves lockstep with the Federal Funds Rate. Most HELOCs aren’t fixed, so you’re going to see those rates continue to adjust and move up. Credit cards are going to cut back on their 0% interest offers. Basically, consumers are going to see fewer options at a higher cost.

Q. What is your forecast for mortgage rates for the next year?

A. I think the worst hasn’t happened yet. There are some folks saying it won’t go up to 7% or 8%, but there were some people saying it would stop at 4% or 5%. We’re living in unprecedented times so it could go much higher and historically it has. I think 7% is highly likely and 9% could happen in some cases. And with some lenders potentially going out of business, fewer lenders could own the market and they could charge more to survive. It’s going to get worse before it gets better.

I think homeowners are going to have to ask themselves how they can avoid being dependent on outside debt and how they can use the resources they have. That’s where a product like Unlock’s home equity agreement makes sense.