Should I Pay Off my Student Loans if Forgiveness is a Possibility? To pay now or not to pay at all: the big wait

According to the U.S. Department of Education, approximately 42.9 million Americans have federal student loan debt. And the total amount owed is staggering. 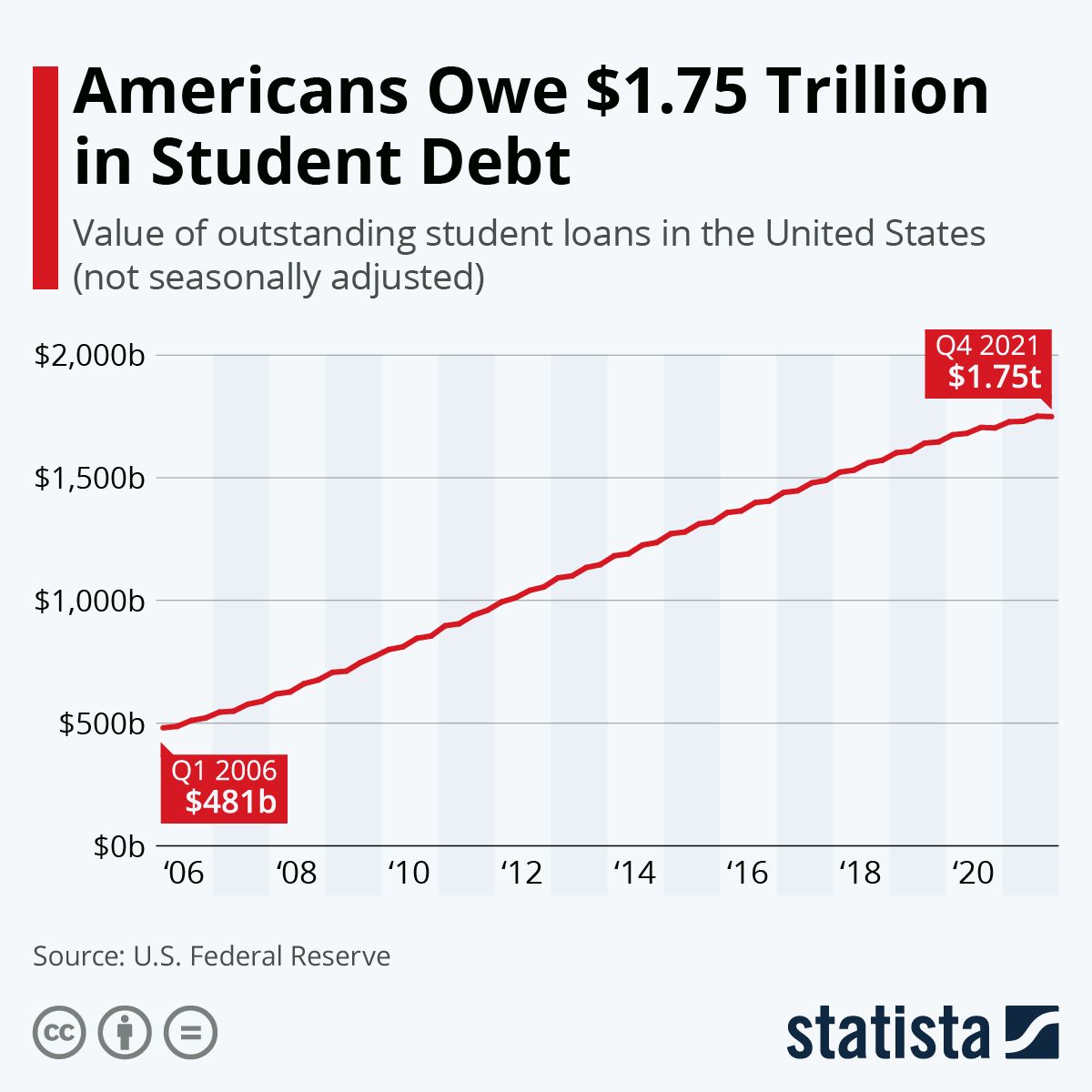 With so many Americans saddled with overwhelming monthly payments compounded by accruing interest, the internet has been abuzz since the Biden Administration began hinting at possible loan forgiveness. What was once a pipe dream is now a trending topic, and a major vessel of hope for many.

While there are various factors to consider, we know the legality of cancelling student debt via executive order is unclear at this time; without a legal means through an executive order, President Biden would have to push Congress to draft a law, which would then have to pass both the House and the Senate.

Borrowers have enjoyed a pause from federal student loan payments since March 2020, when Congress passed a package of Covid-19 relief measures. That pause, which has been extended several times, is slated to expire on August 31st. Secretary of Education Miguel Cardona recently testified that another moratorium extension is still a possibility but provided few details on how long it might last.

What if the moratorium isn’t extended?

it would mean that, starting September 1st, 18 million borrowers could see roughly $85 million stripped from their budgets, according to the Roosevelt Institute. The pause has not only saved borrowers money but improved their overall financial health. Forbes reports that the average credit score for borrowers rose from 640 to 668 during the suspension.

Key members of the Democratic Party have cited the positive impact of the loan pause as justification to push for permanent loan forgiveness. In a joint statement in December of 2021, Senator Elizabeth Warren (D-MA), Senate Majority Leader Chuck Schumer (D-NY), Congresswoman Ayanna Pressley (MA-07) recently released the this statement:

[…]the pause on federal student loan payments, interest, and collections has improved borrowers’ economic security, allowing them to invest in their families, save for emergencies, and pay down other debt. Extending the pause will help millions of Americans make ends meet, especially as we overcome the Omicron variant. We continue to call on President Biden to take executive action to cancel $50,000 in student debt, which will help close the racial wealth gap for borrowers and accelerate our economic recovery.

As the push for forgiveness continues, many are left in limbo wondering what action they should take. For those with private student loans, the answer to this question about paying off your loans is an unequivocal “yes”—the Biden Administration won’t have the means to forgive loans dispersed by the private sector.

In the coming weeks, we may know more. Stay tuned.

NOTE: Unlock Technologies is not a financial advisor. We share articles with you which we think you’ll find interesting . We recommend speaking with your financial advisor about any and all of your options. How to Use Home Equity to Pay Off Debt What is the Ideal Debt-to-Income ratio for a Mortgage?