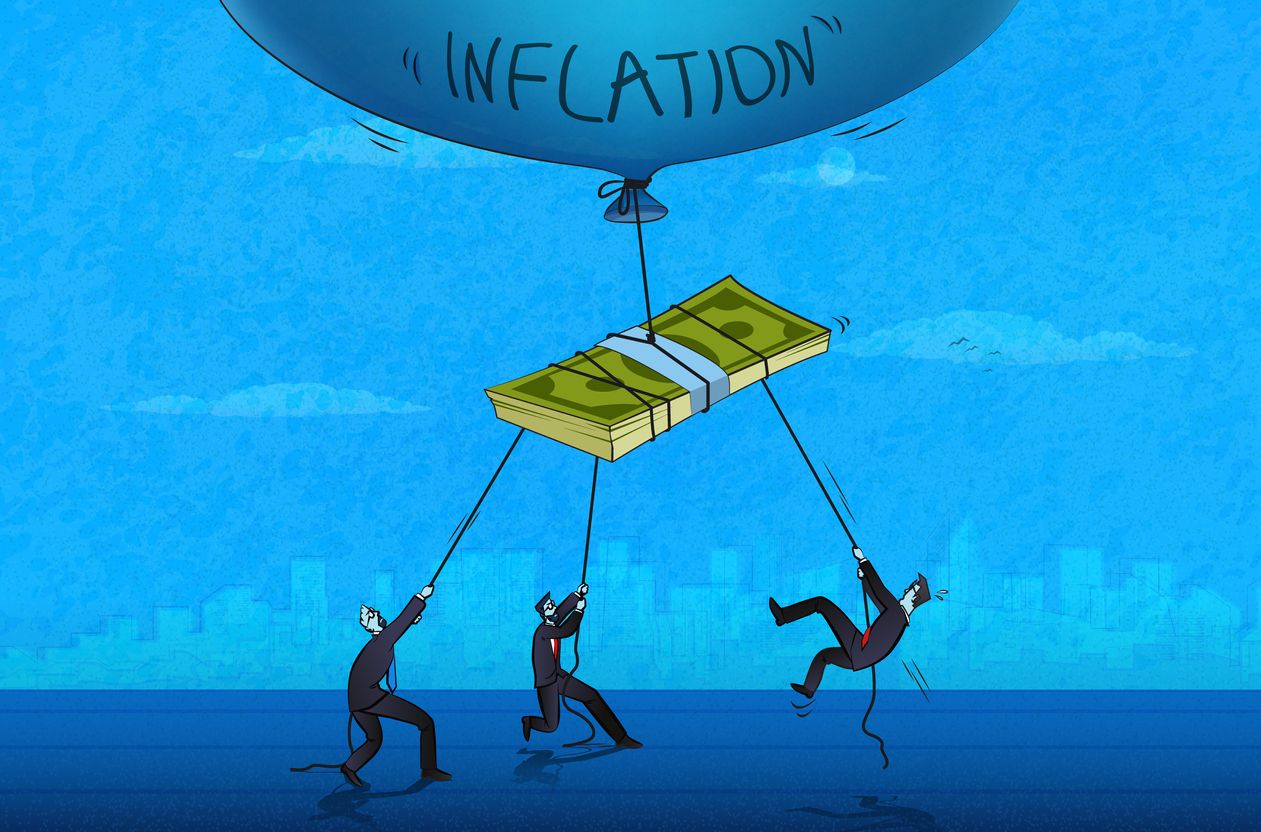 President Biden’s recent move to forgive student debt has generated a lot of conversation around the country. And depending on who you read or watch, it’s either going to make inflation really bad, or it’s not going to affect it much at all.

If you make under $125,000 (or 250k if you’re married or the head of household), you’re eligible to get $10,000 forgiven. If you were the recipient of a Pell grant in school, you can get $20,000 forgiven. If you got a loan after June 30th of this year, you’re not eligible. You can sign up to get notified when the forgiveness kicks in at the Department of Education website.

Is this loan forgiveness plan a slam dunk? It isn’t. Republicans are universally against it. Some are calling it unconstitutional, claiming Congress has never given a president authority to cancel debt in this way. Others fear this is going to make inflation, currently at a 40+ year high, even worse.

What do experts say?

Opinions vary. The Washington Post’s editorial board condemned the program, saying “… these policies would nullify nearly a decade’s worth of deficit reduction from the Inflation Reduction Act. Mr. Biden’s plan is also expensive — and likely inflationary.” 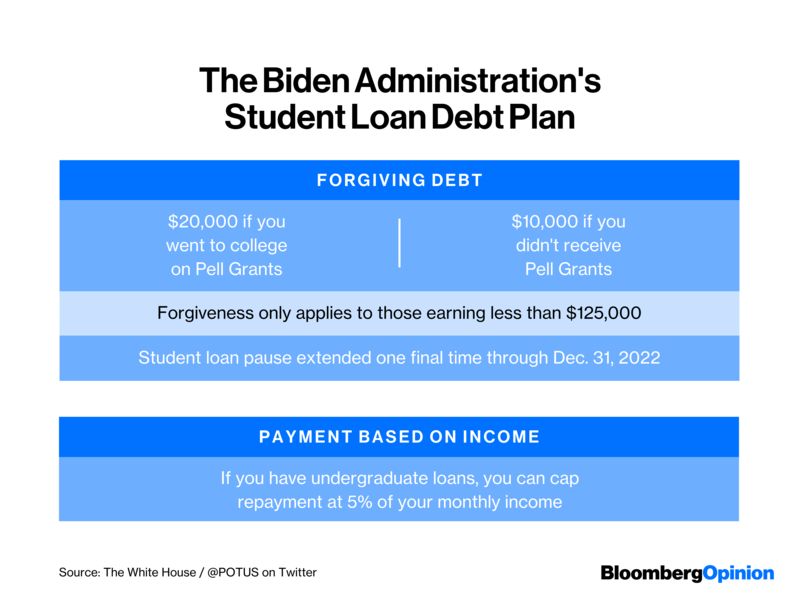 Here’s what Bloomberg says: “While loan forgiveness won’t put cash in borrowers’ pockets, it still risks fueling inflation by encouraging consumers to spend money they would otherwise have put toward paying off their debts. And wiping out debt now will only encourage students to take out still-bigger loans in the future, reducing incentives for colleges to hold down tuition costs — thus, in all likelihood, making higher education even less accessible for the middle class.”

A contrary view was published by The Center for American Progress: “Discussions of the impacts of student debt cancellation on inflation come at a time when countries all around the world are dealing with inflationary pressure. In the United States, last month’s inflation data showed that inflation is already cooling, and consumers expect inflation to decline. Since last month’s data was collected, gas prices—a large driver of recent inflation—have further decreased suggesting that inflation will continue to come down.”

There is support for loan forgiveness in polls

There has been enthusiastic support for Biden’s plan among people who are eligible to receive this loan forgiveness. In national polling, a very narrow majority of Americans approve of the plan. When it comes to our economy, depending on the poll you look at, there is indeed some worry that inflation could be made worse.

We’ll continue to keep an eye on the conversation.

The blog articles published by Unlock Technologies are available for informational purposes only and not considered legal or financial advice on any subject matter. The blogs should not be used as a substitute for legal or financial advice from a licensed attorney or finance professional. Links in our blogs to third-party websites are provided as a convenience and for informational purposes only; they do not constitute an endorsement of any products, services, or opinions of the corporation, organization, or individual. Unlock Technologies bears no responsibility for the accuracy, legality, or content of the external site or for that of subsequent links.